Why raids on Australian media present clear threat to democracy 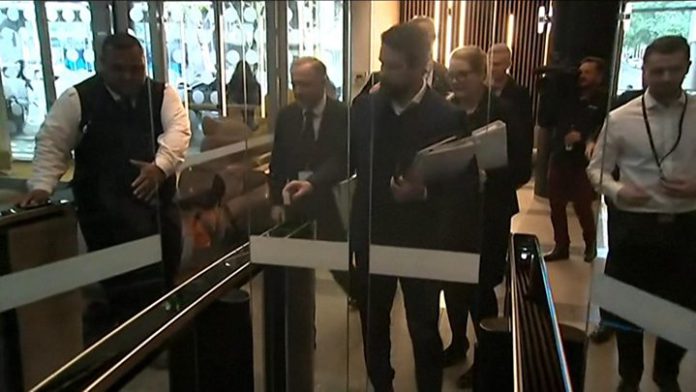 The Australian Federal Police has, this week, conducted two high-profile raids on journalists who have exposed government secrets and their sources.

This stemmed from Smethurst’s 2018 article, which contained images of a “top secret” memo and reported that senior government officials were considering moves to empower the Australian Signals Directorate (ASD) to covertly monitor Australian citizens for the first time.

Soon after, 2GB Radio Presenter Ben Fordham revealed he had been notified by the Department of Home Affairs that he was the subject of a similar investigation, aimed at identifying the source of classified information he had reported regarding intercepted boat arrivals.

And then on Wednesday, the AFP raided the ABC’s Sydney headquarters. This dramatic development was in connection with the 2017 “Afghan files” report based on “hundreds of pages of secret defence force documents leaked to the ABC”. These documents revealed disturbing allegations of misconduct by Australian special forces.

The reaction to the raids was immediate and widespread.

The New York Times quoted News Corp’s description of the Smethurst raid as “a dangerous act of intimidation towards those committed to telling uncomfortable truths”. The Prime Minister was quick to distance his government from the AFP’s actions, while opposition leader Anthony Albanese condemned the raids.

But to those familiar with the ever-expanding field of Australian national security law, these developments were unlikely to surprise. In particular, enhanced data surveillance powers and a new suite of secrecy offences introduced in late 2018 had sparked widespread concern over the future of public interest journalism in Australia.

The crackdown of the past few days reveals that at least two of the core fears expressed by lawyers and the media industry were well-founded: first, the demise of source confidentiality and, secondly, a chilling effect on public interest journalism.

Upon finding out he was the subject of an investigation aimed at uncovering his sources of government information, Ben Fordham declared.

The chances of me revealing my sources are zero. Not today, not tomorrow, next week or next month. There is not a hope in hell of that happening.

Source confidentiality is one of the journalists’ most central ethical principles. It is recognised by the United Nations and is vital to a functioning democracy and free, independent, robust and effective media.

One of the greatest threats to source confidentiality is Australia’s uniquely broad data surveillance framework. The 2015 metadata retention scheme requires that all metadata (that is, data about a device or communication but not, say, the communication itself) be retained for two years. It may then be covertly accessed by a wide array of government agencies without a warrant. Some reports suggest that by late 2018, some 350,000 requests for access to metadata were being received by telecommunications service providers each year.

The government was not blind to the potential impact of this scheme on source confidentiality. For example, obtaining metadata relating to a journalist’s mobile phone could reveal where they go and who they contact and easily point to their sources.

This led to the introduction of the “Journalist Information Warrant” (JIW). This warrant is required if an agency wishes to access retained metadata for the direct purpose of identifying a professional journalist’s source.

So, access to a professional journalist’s metadata in order to identify a confidential source is permitted provided the access has a particular criminal investigation or enforcement purpose and the agency can show it is in the public interest and therefore obtain a JIW.

This week’s raids suggest that either JIWs could not be obtained in relation to Smethurst, Fordham or the ABC Journalists, or the journalists’ metadata did not reveal their sources, or the AFP did not attempt to access their metadata.

Alternatively, if metadata had identified the journalists’ sources, it is less clear why these dramatic developments took place.

After 2015, journalists were advised to avoid using their mobile devices in source communications. They were also encouraged, wherever possible, to encrypt communications.

But in 2018, the government went some way to closing down this option when it introduced the complex and highly controversial Telecommunications and Other Legislation Amendment (Assistance and Access) Act 2018.

As well as expanding computer access and network access warrants, the Act provided a means for government agencies to co-opt those in the telecommunications industry to assist agencies with their investigations. This could include covertly installing weaknesses and vulnerabilities in specific devices, circumventing passwords or allowing encrypted communications to be decrypted. A warrant would then be required to access the device and communication data.

It is impossible to know whether Australian journalists have been targeted under the Act or had weaknesses or spyware installed on their personal devices. This week’s raids suggest the AFP would be prepared to target journalists under this framework in order to identify journalists’ confidential sources.

However, this could only be done for some purposes, including in the investigation of a secrecy offence.

In June 2018, the government introduced a suite of new espionage, foreign interference and secrecy offences. This included an offence of current or former Commonwealth officers communicating information, obtained by virtue of their position, likely to cause harm to Australia’s interests. This offence is punishable by imprisonment for seven years. If the information is security classified or the person held a security classification, then they may have committed an “aggravated offence” and be subject to ten years’ imprisonment.

This week’s raids reveal just how common it is for public interest journalism to rely on secret material and government sources.

But the journalists themselves may also be facing criminal prosecution. The 2018 changes include a “general secrecy offence”, whereby it is an offence (punishable by imprisonment for five years) to communicate classified information obtained from a Commonwealth public servant. Fordham’s radio broadcast about intercepted boat arrivals was, for example, clear communication of classified information.

Again, journalists are offered some protection. If prosecuted, a journalist can seek to rely on the “journalism defence” by proving that they dealt with the information as a journalist and that they reasonably believed the communication to be in the public interest. The meaning of “public interest” is unclear and, in this context, untested. However, it will take into account the public interest in national security and government integrity secrecy concerns as well as openness and accountability.

Australia has more national security laws than any other nation. It is also the only liberal democracy lacking a Charter of Human Rights that would protect media freedom through, for example, rights to free speech and privacy.

In this context, journalists are in a precarious position – particularly journalists engaged in public interest journalism. This journalism is vital to government accountability and vibrant democracy but has a tense relationship with Australia’s national interests as conceived by the government.

And these laws are just a few parts of a much larger national security framework that includes: control orders, preventative detention orders, ASIO questioning and detention warrants, secret evidence, and offences of espionage, foreign interference, advocating or supporting terrorism, and more.

JIWs, and the inclusion of a journalism defence to the secrecy offence recognise the importance of a free press. However, each of these protections relies on a public interest test. When government claims of national security and the integrity of classifications are weighed into this balance, it is difficult to see how other interests might provide an effective counterbalance.

Against this background, the calls for a Media Freedom Act, such as by the Alliance for Journalists’ Freedom, have gained significant traction. It may take this kind of bold statement to cut across the complexities of individual laws and both recognise and protect the basic freedom of the press and the future of public interest journalism in Australia.

PrevPreviousCustoms officer, 4 others arrested for allegedly stealing containers of tomato paste
NextPupils to enjoy free cocoa drink as breakfast from Sept. 2019Next

Shatta Wale reacts to leading top 6 trends on his birthday