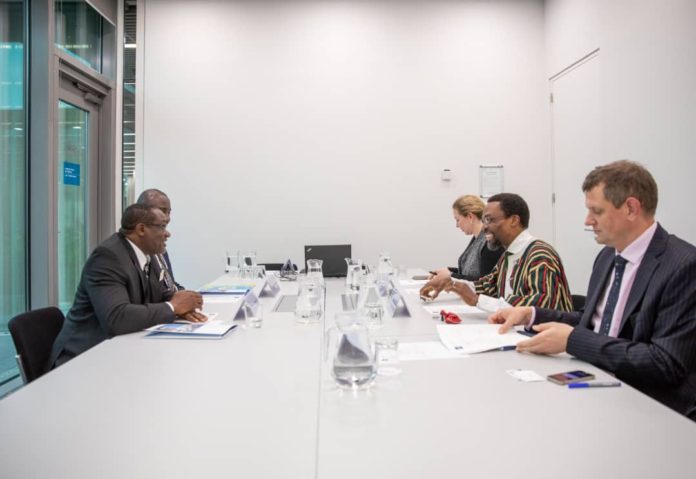 The leading Ghanaian academic institution and international Tribunal made the commitment when the Rector of GIMPA, Professor Philip Ebow Bondzi-Simpson, paid a working visit to the seat of the ICC in The Hague, Netherlands, at the invitation of the leadership of ICC.

Professor Bondzi-Simpson and his delegation which included the head of the African Center of International Criminal Justice (ACICJ), Dr. Kwaku Agyeman-Budu, met with the President of the ICC, His Excellency Judge Chile Eboe-Osuji, the Prosecutor of the ICC, Madam Fatou Bensouda and the Registrar of the Court, Peter Lewis. Their discussion amongst others focused on possible areas where the two institutions can collaborate between the two institutions to promote their respective duties. 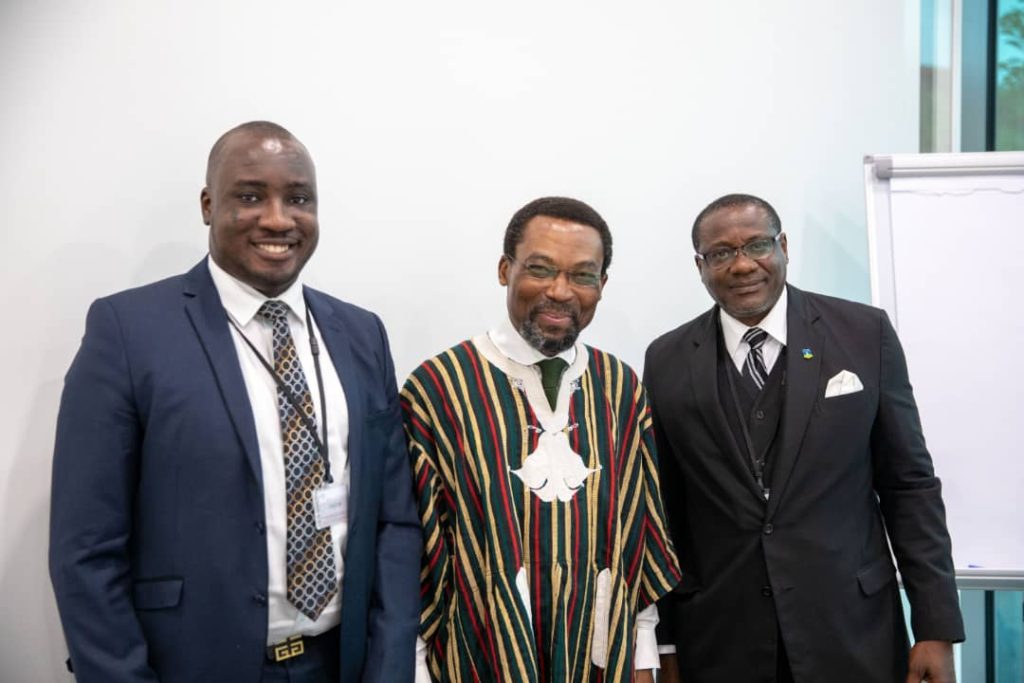 The ICC has established the African Center of International Criminal Justice (ACICJ) at the GIMPA Faculty of Law. In their deliberations during the meeting, the ICC indicated that it will continue to support the efforts of the ACICJ in its representative role in order to make the work and agenda of the ICC very clear to the people of Africa and the rest of the world.

GIMPA and the ICC have built a strong relationship since March 2016 when the GIMPA Faculty of Law organized and hosted an International conference on the relationship between the ICC and Africa. Following from that successful conference, the ACICJ was established in May 2017 and jointly commissioned by the Prosecutor of the ICC, Madam Fatou said Bensouda, and then Justice of the Supreme Court of Ghana and current Chief Justice, Her Ladyship Justice Sophia A.B. Akuffo.

The main aim of the ACICJ is to promote the ideals of International Criminal Law and Justice on the African continent and fight impunity, and it has within the short period of its existence organized public lectures and several training programs for African law students, journalists and media practitioners, as well as private legal practitioners, public prosecutors and law enforcement agents. The activities of the ACICJ is made possible by support from the Dutch Ministry of Foreign Affairs, through the Embassy of the Kingdom of The Netherlands in Accra.

On Tuesday 15th October 2019, GIMPA will be hosting the President of the ICC, His Excellency Judge Chile Eboe-Osuji, who will be delivering the ACICJ’s Inaugural Annual Public Lecture in International Criminal Justice at GIMPA. Professor Bondzi-Simpson therefore took the opportunity of the meetings at the ICC to stress the continuous support of GIMPA in training a new crop of Africans who will reject impunity wherever in the world it is manifested.

Fetish priest, 2 others granted bail for assault on beauty queen