Pressure on cedi: 82% of products in supermarkets are imported – Research 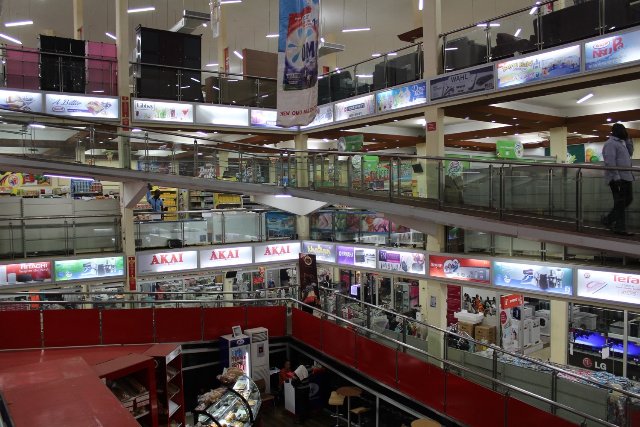 The insatiable
taste for foreign products by Ghanaians has been summed up in revealing
research which shows that 82% of products on the major supermarkets are
imported.

Conducted by
international research and advisory firm, Konfidants, the report shows
an even more shocking outcome – only eggs and water had a higher
percentage of sale for products made in Ghana.

In other words, of the 23 product categories surveyed, 21 of the categories had most of its products imported into the country.

For instance, 94% of the beauty and cosmetic products found in eight of the major supermarkets in Accra were all imported.

The story was
not different for rice. Only 6% of rice sold in these supermarkets was
produced in Ghana. This means another 94% of the rice in Ghana’s
supermarket was imported.

The jaw-dropping revelations in the report come at a time when the cedi is reeling under extreme pressure from other international currencies.

The major factor
attributed to the increasing depreciation of the cedi has been taste
for foreign products imported in the country.

The details of the market survey by Konfidants provide a worrying signal to Ghana’s cedi and for the managers of the economy.

Managing Partner at Konfidants, Michael Kottoh, said the details of the report show a similar trend in Ghana’s economy.

The survey
focused on the 23 main product categories chosen based on a preliminary
baseline survey that identified product areas in the supermarkets with
MIG goods on display.

The research is the first in a series of Africa-wide surveys to monitor local content in big supermarkets across the continent.

According to the report, 56% of the water sold in these markets were MIG whilst 91% of the eggs sold were also MIG.

Apart from that, all the products had a higher percentage imported into the country.

Even salt and sugar had a higher percentage (51%) imported into the country.

The breakdown is as follows;