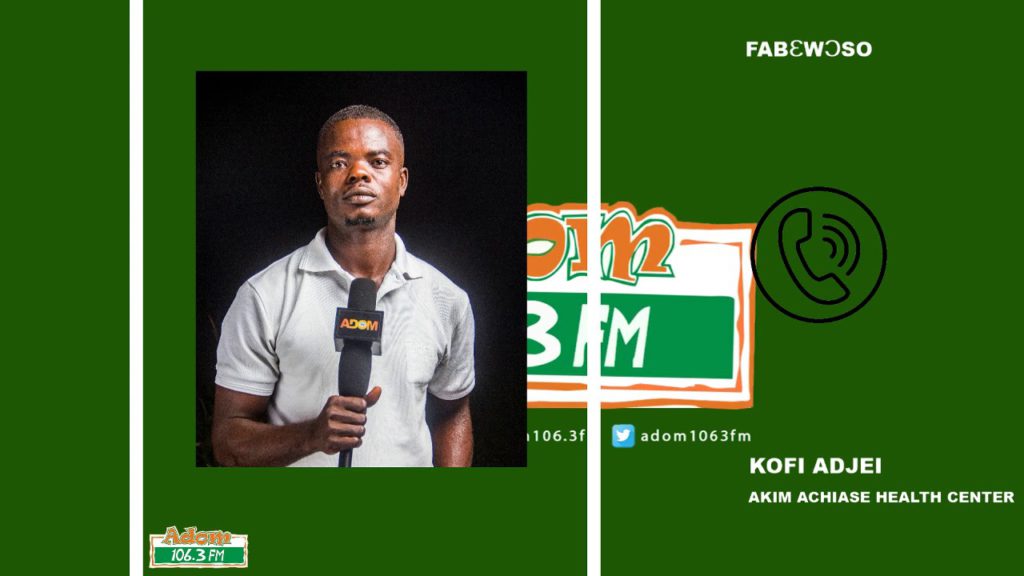 Since its establishment in 1962 by Ghana’s first President, Osagyefo Dr Kwame Nkrumah, Achiase Health Centre in the Eastern region has seen no renovation.

The facility, which serves Akyem Achiase, Oda and other adjoining communities, has only four functional beds that are used even in the most complicated situations.

A tour at the facility by Adom FM’s reporter, Kwame Gyan, revealed that the ceiling of the building is leaking badly; the walls are cracked, generating panic among both staff and patients who fear that the facility may collapse soon.

Outside the facility, he noted, is a one-seater dilapidated KVIP which serves as a place of convenience for users of the facility.

A staff at the centre, who gave his name as Ben, said the nature of the ward impedes the privacy of patients, particularly pregnant women.

Even more worrying, he said, is health personnel posted to the facility refuse to work there and no attempt had been made by the District Assembly or the Member of Parliament for the area to rehabilitate the place though they are aware of the situation.

“I have been here for two years because I hail from a town near Achiase and that is my only motivation,” he bemoaned.

He added that the situation is so bad that some patients shy away from seeking healthcare at the facility.

The District Chief Executive of Achiase, Richmond Amoah, described the situation as pathetic but assured, the Assembly is committed to help improve the facility so they could provide best services to the communities around.